This 5-year veteran squad has collected various awards during their time at FIRST LEGO League PR— including the Robot Performance Award (2015 and 2017), the Programming Award (2016) and the Galletas Bimbo Team Spirit Award (2017).

In 2017, they represented Puerto Rico at the LEGOLAND California International Open, and in 2018 they were a part of the mission group that researched water activity during the aftermath of Hurricane Maria.

The success of the team has largely been a result of the dedicated leadership of head coach Nilda Rivas, a 25-year teacher at Academia San José, with a deftness for technology and mathematics.

Robotigers 2 are currently receiving guidance from the Granville Master Builders of Ohio, and Academia San José will also be a part of FIRST LEGO League JR this season.

We are pleased to have brilliant minds like the Robotigers and Nilda, who have been with us for many years. We encourage everyone to witness their greatness on February 2, 2019 at the Puerto Rico Convention Center. 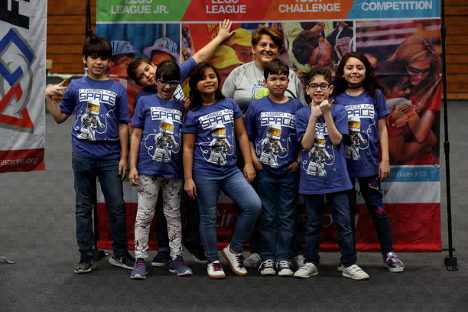