There are so many things to say about Colegio San Ignacio de Loyola, Puerto Rico and our highly revered veteran coach, Alma Bertoni, that it‘s been difficult to decide where to begin.

“The greatest benefit of this program is that it offers students the opportunity to develop their robotics and science skills, while at the same time servicing their community and working with values of the Project. It provides the students a team workspace where they can feel cared for and free to express their ideas.” says Alma, a 20-year teacher and our All-Time Winningest Coach.

In 2014, two students approached Alma because they wanted to form a FIRST LEGO League PR team at the school.

“They showed me what the competition consisted of and being part of a team. When I saw it, the project part and the Core Values caught my attention. Their enthusiasm, interest and motivation made me say yes instantly.”

Since Alma’s involvement, Colegio San Ignacio de Loyola has represented Puerto Rico at the FIRST LEGO League Razorback Invitational in Arkansas in 2016 and LEGOLAND California Open in 2017. This season, they hosted over 30 educators at our Open House in September, and provided volunteers at our recent Championship in February.

Alma herself has volunteered her time to the program, helping us in critical moments when our program was in need.

When asked about her most challenging season, she responded:

“The most challenging season was Hydrodynamics, since we faced Hurricane Maria and we were without electricity for 4 months, we had the practice table in one of the outdoor halls and we covered it with a tarp. On the other hand it was one of the most beautiful seasons because we received a lot of help from professionals for the project we designed, and the students learned a lot in the field trips about the water situation in Puerto Rico after the hurricane. That season I took two teams. The work was much more difficult, but the boys made me feel that they had given everything to help the community and discover new things, while enjoying every moment and activity of the season.”

As far as being a coach:

“Being a FIRST LEGO League coach is one of the best experiences that a teacher can have. You see the growth of children in all of their skills, from robotics, science, to their development in teamwork and community.”

There are not enough words to thank Alma and Colegio San Ignacio de Loyola for their investment in our program, and how much their involvement has set an example for many of our staff and fellow teams. We are so proud of the students that have passed through FIRST LEGO League Puerto Rico, as well as the parents and teachers who have shaped these boys into respectable young gentlemen who embody all of the values of our program. 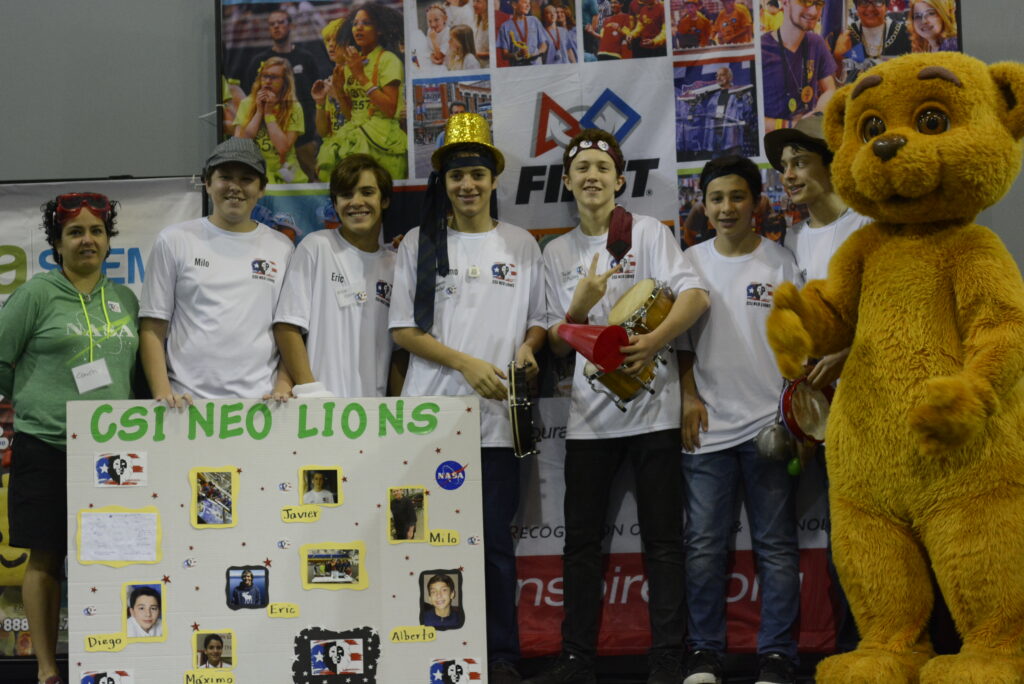