The Dolphins 1, representing Humacao, Puerto Rico, sprint to the stage as their name is called to receive their 2nd place trophy.

Prior to our FIRST LEGO League PR Championship, both teams from The Palmas Academy showed veteran experience as first year teams. When asked how both squads developed so quickly as rookies, head coach Anthony Castro, a 10-year Physics and Mathematics teacher, responded, “We worked intensively during school hours and in the afternoons (after school). We received a lot of support from the parents who assisted in all of the tournaments and helped the children.”

When asked if they were excited to attend their first Championship, Anthony humbly added, “We are extremely excited and happy to be able to participate.”

Days later, the Dolphins 1 would rise to the occasion placing ahead of 28 total teams overall. The Dolphins 2 also received high honors with a solid performance in the Robot Game, placing within the Top 10 in points. 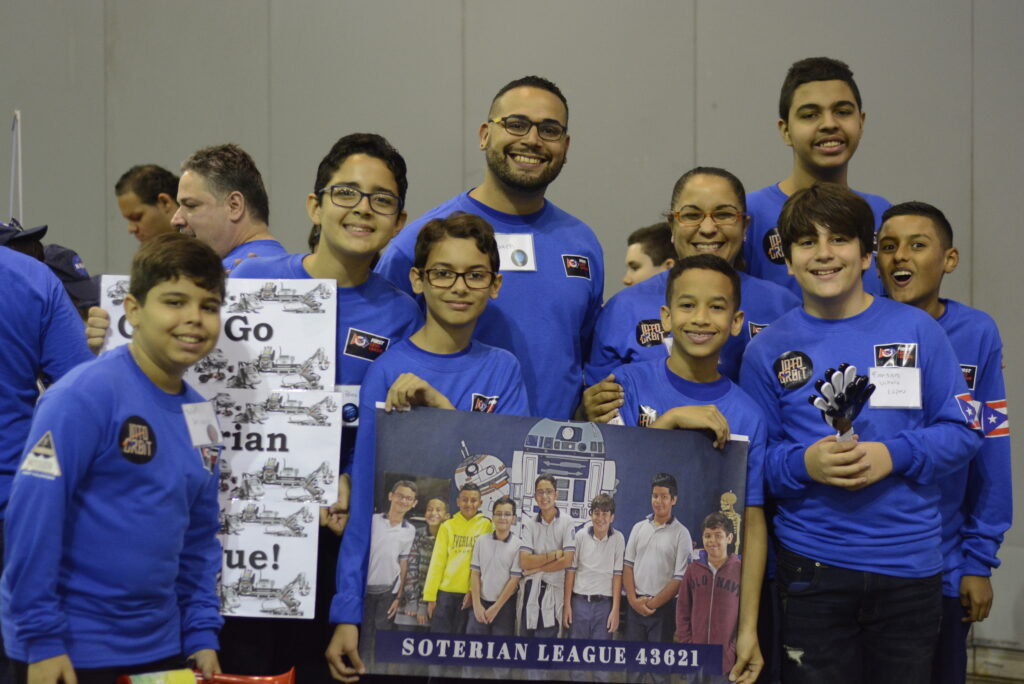